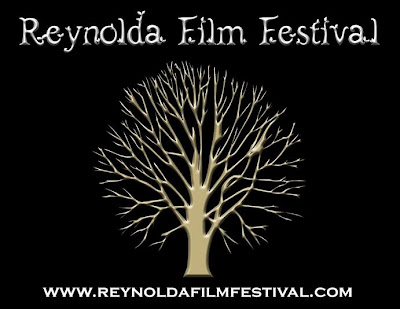 Spike Lee, the world-renowned director of films like Do the Right Thing, Malcolm X, and He Got Game, encouraged a near capacity crowd gathered at Wait Chapel on the campus of Wake Forest University Friday night to chase after their dreams rather than chase after money or security. Lee appeared as part of the 3rd annual Reynolda Film Festival, which concludes on Saturday with an awards ceremony and a screening of Any Given Friday at the Annenberg Forum in Carswell Hall at 8 p.m.

Quite often, young people allow themselves to be influenced too heavily by their parents, and wind up having life choices made for them, Lee said.

“Parents kill more dreams than anybody,” he said.

Lee touched on his unlikely journey from underachieving college student to becoming one of the most successful directors in Hollywood. It all started with a Super 8 millimeter camera he got one Christmas.

While attending Morehouse University in Atlanta, Lee returned home to Brooklyn in the summer of 1977 to find there were no summer jobs. Out of sheer boredom, Lee picked up his Super 8 film camera and began shooting scenes in his neighborhood. He shot the famous New York City Blackout, which included scenes of looting in his neighborhood. Lee also shot block parties, and scenes of everyday life in Brooklyn.

Lee returned to Atlanta with a mission. He decided to pursue a mass communication major, and had to go to nearby Atlanta Clark University to do so.

Working with a professor at Clark, Lee pieced together the scenes he captured with his Super 8 camera to produce his first short film, “Last Hustle in Brooklyn.” He told the audience in Wait Chapel the story of showing his classmates the film and their positive reaction.

“That’s when I decided to become a filmmaker,” he said.

Lee implored the audience, especially the college students in attendance, to discover what they love by exposing themselves to music, dance, theatre and film. Lee spoke of his school teacher mother and jazz musician father and how they used to drag him to Broadway plays and concerts. As much as he hated it at the time, he realized years later the profound impact that early exposure to the arts can have on one's life.

Serendipity was a central theme of how Lee achieved his first commercial success, the 1986 film, She’s Gotta Have It. Years earlier, Lee was rejected by both the University of Southern California and the American Film Institute. However, he was accepted into the Tisch School of the Arts at New York University.

At NYU, Lee’s talent blossomed. He won a student Academy Award for his short, "Joe’s Bed-Stuy Barbershop." Then, he waited for the phone to ring. He said he expected “the hand of God” to reach down and make him an award-winning director, but as Lee waited for the phone to ring, his phone was cut off. Then, his gas was shut off as well as his electricity. Then, he started writing. He described his next project, The Messenger, as a failure. But then, an epiphany came.

Lee realized that he didn’t have the technical expertise to make that film. As Lee brushed up on his “film grammar,” he wrote the script for She’s Gotta Have It. He managed to raise $175,000 to make the film. It went on to gross more than $8 million at the box office. And a directing star was born.

Lee was nominated for an Academy Award for his documentary film, 4 Little Girls, the story of the racial terrorist bombing of an African American church in Birmingham. He also received a nod from the Academy for his screenplay for Do the Right Thing.
Lee fought a highly publicized battle with Warner Bros. Studios over the run time of Malcolm X — a battle that Lee eventually won. He still believes Denzel Washington should have won the Oscar for his performance.

Lee also addressed pressing issues in the African American community, specifically, the growing trend of academically gifted black students being ostracized by their peers for excelling in school.

A sound education coupled with the courage to take big risks build the foundation of success, Lee said in conclusion. After his remarks, scores of fans approached Lee and he patiently posed for pictures and signed autographs for nearly half an hour.

Apparently, everyone in the audience was equally touched by the presence of the maverick director.