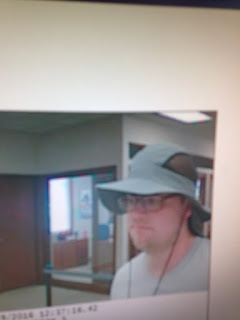 "At approximately 12:40 p.m. March 19, officers with the Winston-Salem Police Department responded to the SunTrust Bank located at 2801 Reynolda Road on a reported robbery.  Moments earlier, a white male entered the bank and presented a note to the teller demanding money.  The suspect is described as approximately 5’06” in height, medium build, and is believed to between thirty-five and forty-five years of age.  The suspect was last seen wearing a hat, eye glasses, a blue colored t-shirt and blue jeans.

The suspect fled the business with an undisclosed amount of currency.  No employees or patrons of the bank were injured during this incident.  This investigation is in the very early stages and further information will be released as it develops. 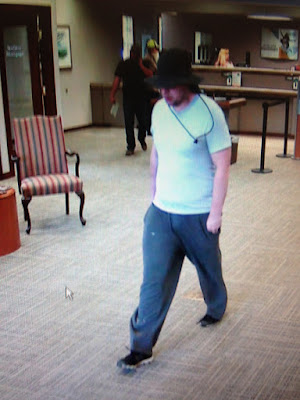