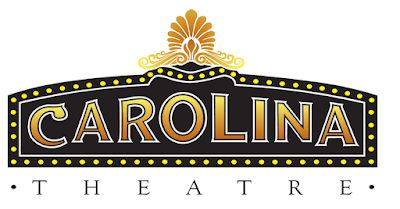 SPONSORED BY THE LINCOLN FINANCIAL FOUNDATION AND BRICKS 4 KIDZ

"Greensboro, NC – The Carolina Theatre of Greensboro is pleased to announce the 8th Annual Carolina Kids Club, running for five Wednesday mornings this summer. Each G-rated, family-friendly, animated Disney movie will be preceded by exciting, kid-focused, live stage entertainment from Mad Science and lobby fun from Bricks 4 Kidz leading up to the show.

Wed, June 22 – CARS with Mad Science!
Lightning McQueen is an up-and-coming racecar, who finds himself in a three-way tie for the Piston Cup. The tiebreaking race is scheduled, and McQueen is anxious to get a head start on practicing, but after ending up stuck in the town of Radiator Springs, McQueen wins an even greater prize. 2006; 1 hour, 57 minutes.

Wed, June 29 – ALADDIN with Mad Science!
A young streetrat, Aladdin, and his monkey, Abu, find themselves coerced by the Sultan’s advisor, Jafar to retrieve a magical lamp from the Cave of Wonders. Aladdin accidentally releases a genie from the lamp and decides to use his three wishes to win the heart of the Sultan’s daughter, Jasmine. 1992; 1 hour, 30 minutes.

Wed, July 13 – TOY STORY with Mad Science!
Woody and his other toy friends love playing with their boy Andy. What Andy doesn’t know is that his toys come to life when he’s not around. When Andy’s new toy, Buzz Lightyear (who thinks he is a real hero) shows up, Buzz’s delusions land the toys in danger as Andy prepares to move to a new house. 1995; 1 hour, 21 minutes.

Wed, July 27 – FINDING NEMO with Mad Science!
Marlin is a clownfish who is overprotective of his only son Nemo, who survived a barracuda attack. When Nemo is accidentally picked up by a scuba diver, Marlin sets out to find his son. Along the way, he meets Dory, a regal blue tang with short term memory loss, who promises to help him find Nemo. 2003; 1 hour, 40 minutes.

Carolina Kids Club doors open at 9:00am; stage games and live entertainment begin at 9:30am; movies begin between 10:15 and 10:30, with events ending by noon. Children must be accompanied by an adult. Daytime parking is available in the parking deck located at the corner of Washington and Greene Streets and in metered spaces around the Theatre.

The Carolina Kids Club is supported by the Lincoln Financial Foundation, ArtsGreensboro, and Bricks 4 Kidz."

Email ThisBlogThis!Share to TwitterShare to FacebookShare to Pinterest
Tags: Meagan Kopp, The Carolina Theatre of Greensboro