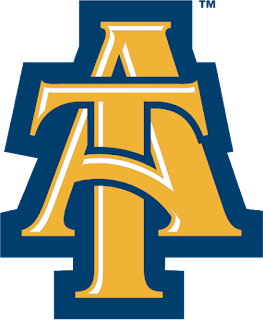 "BioSolar, Inc., a developer of breakthrough energy storage technology and materials, has entered into a new sponsored research agreement with North Carolina Agricultural and Technical State University to strengthen the engineering development efforts of its battery technology. The company’s goal is to increase the capacity and reduce the cost of lithium-ion batteries.

Dr. Sung-Jin Cho, assistant professor in the Department of Nanoengineering at North Carolina A&T State University, will be the lead investigator of the newly initiated sponsored research. Cho also serves as Director of Nano Energy Laboratory, a role he has held since August 2014. Prior to his current position, Cho was a technical lead at Johnson Controls Inc., Battery Technology Center in Milwaukee, Wisconsin, from 2008 to 2014. He led the United States Advanced Battery Consortium (USABC) program to design and evaluate battery material and lithium-ion cell engineering for automotive application for over six years. Prior to pursuing his Ph.D. in the U.S., Cho worked on lithium-ion battery technology development in Korea, and held a number of positions at LG. His research encompasses fundamental materials studies such as catastrophic failure mechanism study, synthesis and physical characterization, as well as device and system design and fabrication.

This agreement represents a natural progression from the scientific development phase represented by the company’s existing sponsored research program at the University of California, Santa Barbara (UCSB), now scheduled to conclude in October 2016. In place since 2014, this agreement and subsequent scientific efforts have resulted in the creation of innovative intellectual properties that form the basis of BioSolar’s critical core technologies. The company currently co-owns two patent-applications for a supercapacitor technology and its super cathode technology with UCSB.

“We are excited to have Dr. Cho lead our new engineering and commercialization program at North Carolina A&T State University,” said Dr. David Lee, CEO of BioSolar. “His experience in developing high energy lithium batteries and process development draws many parallels to what we are seeking to build upon. We believe this new effort will positively complement our previous activities at UCSB, bringing us one step closer to achieving our corporate objectives and ultimately realizing value on behalf of our shareholders.”

BioSolar is developing a breakthrough technology to double the storage capacity, lower the cost and extend the life of lithium-ion batteries. A battery contains two major parts, a cathode and an anode, that function together as the positive and negative sides. Inspired by nature, BioSolar is developing a novel cathode based on inexpensive conductive polymers and organic materials that can fully utilize the storage capacity of conventional anodes. Founded with the vision of developing breakthrough energy technologies, BioSolar's previous successes include the world's first UL approved bio-based back sheet for use in solar panels.

You might be qualified for a new government solar program.
Find out if you're eligble now!