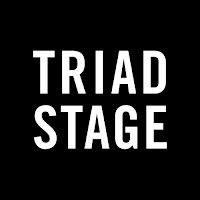 "Greensboro, N.C. – In advance of announcing the professional theater’s 16th Season on Monday, February 29, Triad Stage today announced a $500,000 fundraising initiative and changes to its business model designed to address current and future challenges.  The proactive changes include moving to a seasonal model of programming, reducing operating costs by 21%, deepening partnerships and properly capitalizing the theater for the future.

“In the face of changing demographics, ticket buying practices, new media and a changing local arts landscape, we need to change the way we work, but not change the things we hold dear: our core values, a commitment to quality and our regional focus ,” said Founding Managing Director Richard Whittington. Theaters across the country have fought the ongoing and increasingly more severe challenges of producing quality live theater.  Regionally, this has resulted in the demise of Charlotte Repertory, Blowing Rock Stage Company and most recently NC Shakespeare Festival/Festival Stage.

In 2012, Triad Stage successfully completed a $250,000 Challenge from the Joseph M. Bryan and Cemala Foundations that allowed the theater to pay off its outstanding debt, but didn’t enable the company to address ongoing operational challenges.
Triad Stage has since identified new avenues of revenue and support, including the successful expansion into Winston-Salem; providing regional box office services (Eastern Music Festival, Greensboro Opera, UNCG School of Music, Theatre & Dance); and developing strategic partnerships including the recently announced partnership with UNCG.  With the help of nationally recognized arts consultants TRG Arts, Triad Stage implemented new strategies in 2015 that resulted in a 34% increase in year over year gross ticket sales versus the same period in 2014.

“We’ve pursued innovative solutions that have positively impacted our operations, but we recognize the need to make systemic changes that strengthen our foundation,” said Whittington.

The new operating model seeks to position the theater as a leader in addressing the challenges facing regional theaters nationwide. It will also reduce Triad Stage’s current $2.8 million annual operating budget by 21% next year through a condensed producing calendar, lower occupancy costs and zero-based budgeting practices.  The most significant shift involves redesigning the theater’s season to fit within the nine month academic calendar, which will allow the organization to reduce costs over the summer.

For the 2016-2017 Season, Triad Stage will offer a 3-play Season Pass in Greensboro and/or Winston-Salem, with the option of adding each city’s annual holiday production at a discounted price. The theater will also offer a 6-play Triad Pass that includes programming in both cities at an even deeper discount.

As an independent, not-for-profit arts organization, Triad Stage relies on ticket sales and private support from individuals, corporations and foundations for 95% of its total revenue.  The remaining 5% comes from an annual gift of support from the NC Arts Council and special funding from the City of Greensboro.  Triad Stage is unique in that it independently owns and operates its 35,000 square foot downtown Greensboro performing space, The Pyrle Theater, and a 30,000 square foot production facility that account for almost 14% of the theater’s expenses.

In addition to the business model changes, Triad Stage is actively pursuing ways to secure the theater’s financial future.  To give the theater the runway it needs to implement the changes, the 36-member Board of Trustees launched a campaign to raise $500,000 in new or increased tax-deductible gifts of support made by June 30, 2016.  To date, the board has secured $227,000 or 45% of the fundraising goal.
“The steps we are taking now are about more than just making the numbers work,” said Founding Artistic Director Preston Lane. “It’s about unlocking possibilities, living up to our core values, celebrating creativity and ultimately setting ourselves up to grow in ways we are just beginning to explore.”

Triad Stage will announce the 2016-2017 Season in an event open to the public on Monday, February 29, @ 7:30pm at Triad Stage’s Pyrle Theater in downtown Greensboro. RSVP by email to justin@triadstage.org.

ABOUT TRIAD STAGE
Triad Stage is a professional not-for-profit regional theater company based in Greensboro’s downtown historic district. All Triad Stage productions are created in the Piedmont Triad of North Carolina using the best of local and national talent. Triad Stage gratefully acknowledges the support of its Season Sponsors: Blue Zoom, the North Carolina Arts Council, Arts Greensboro and The Arts Council of Winston-Salem and Forsyth County.

All Triad Stage productions feature the bold acting and breathtaking design that have been nationally recognized by The Wall Street Journal and by the American Theatre Wing, founder of the Tony Awards®, which named Triad Stage one of the top ten most promising theatres in the country as a recipient of the 2010 National Theatre Company Grant. Triad Stage has also earned accolades including “Best North Carolina Production of 2010” for The Glass Menagerie by Triangle Arts & Entertainment magazine; “One of the Best Regional Theatres in America”, New York’s Drama League; “Best Live Theater” (nine years running), Go Triad/News & Record and The Rhinoceros Times; and “Professional Theater of the Year” (2003, 2011), North Carolina Theatre Conference. "